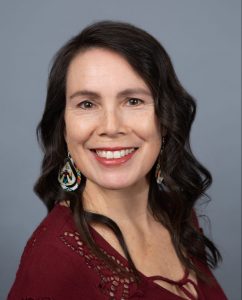 Melodie Greyeyes joined CMJ Canada in 2016 when she and her husband established a CMJ Prayer group for the greater Edmonton area of Alberta.  She joined the Board of Directors in 2018 and was appointed National Director on January 1, 2021.  Melodie is a member of the Muskeg Lake Cree Nation and is mother to four beautiful children.

She graduated from the University of Saskatchewan Commerce program in 1993 with a major in finance and has held several positions in trust companies and the federal government.  Melodie is currently the business manager and bookkeeper for their own small business (arborist company).

After getting baptized in 2003, she and her husband Gavin, completed a 6 month YWAM Discipleship Training School in 2007 with four children under nine years old!  They have fostered children, been involved in street ministry and lead Church discipleship groups.

While on tour in Israel in 2014, the prophetic scriptures declaring God’s ultimate plan for the Jewish people and the Gentiles were at last unveiled.  Receiving a deeper understanding through our Hebraic roots, Melodie is passionate to share this revelation to usher in the second coming of our Messiah! 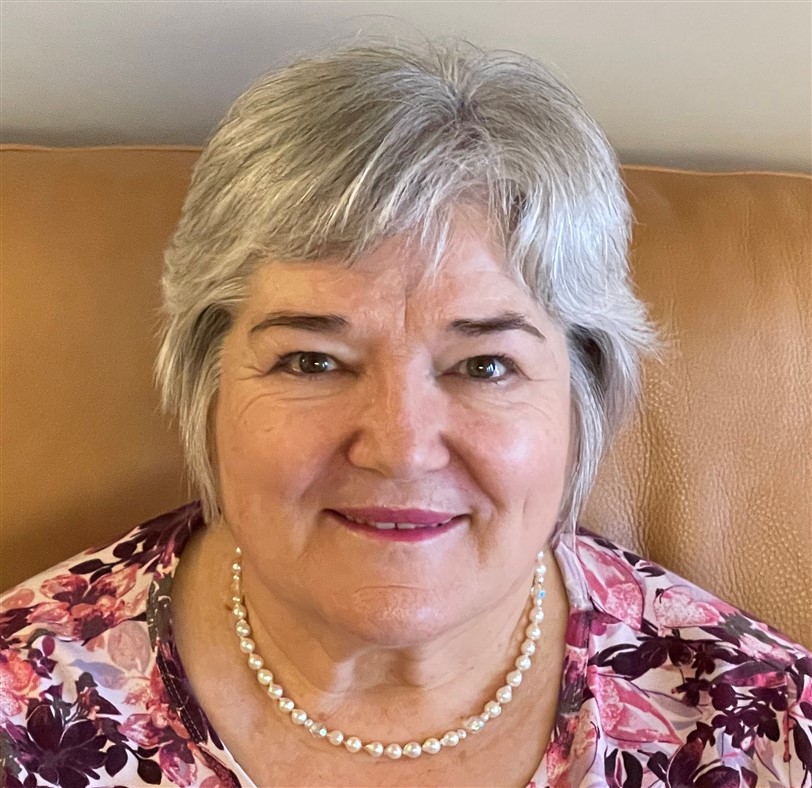 Linda was born and grew up in South Africa and moved to Canada in 2015 with André Reijnders.

Since having toured and lived in Israel, Linda is growing in appreciation and awe of the significance of Israel and its People.  In 1980 she made pilgrimage to Jerusalem for Succoth.  This first of its kind Feast of Tabernacles was celebrated at the Anglican School, Jerusalem.

André and Linda were married in 1981, lived in two scenic coastal towns in South Africa, and were involved with various aspects of church life.  They attended prayer groups for Israel and continued to love and support Israel.

After arriving in Canada, André & Linda met Gavin & Melodie and subsequently attended CMJ prayer meetings for Israel.  Linda became a member of CMJ Canada in 2021 and was appointed to the Board the following year.

Linda’s passion to comfort and stand in solidarity with Israel and the Jewish People in their claim to Jerusalem and The Land has not wavered, but rather grown through the years.  She is eager to support Israel and His precious People through the work of CMJ Canada.

André was born and grew up in South Africa and moved to Canada in 2015 with Linda Reijnders.

André served in the Telecommunication industry for 28 years.  He worked in two picturesque coastal towns in South Africa and volunteered in various aspects of church life.

Since having met Linda, André’s interest in and understanding of the importance and relevance of the State of Israel and its People grew.  André supports and prays for Israel and His People and keeps up to date with current events.  A highlight was when André and Linda went to Israel to celebrate its 60th birthday in 2008.

After moving to Canada and being introduced to Gavin & Melodie and later praying with their group for Israel, André became a member of CMJ Canada in 2021.  He was appointed to the Board in 2022.

André is enthusiastic to be part of CMJ Canada and help fulfill its mission to love, support and comfort His People.

I went to Israel in my early 20’s as a part of an archeological dig and started to get a different perspective on Israel.  As a staff member (8yrs) of International House of Prayer (IHOP), Kansas City, I learned how to be a watchman on the wall intercessor and advocate for Israel.  I have lived equally in both the USA and Canada and feel very much a part of both nations.  Isaiah 62 has been a life verse on which I have meditated since I was a teenager.  My purpose is to be a prayer warrior – for Israel, Canada, USA, and for Life!

Gavin Howell owns and operates a company called Horizon Arborist.  His profession provides a clear understanding of Biblical teaching of pruning fruit trees, removing dead branches, and being grafted into the Olive Tree.

He received the revelation of Israel when his wife, Melodie Greyeyes, returned from her tour to Israel in 2014.  Understanding God’s plan for Israel has awakened him to the exciting time and season in which we have the privilege to live!

Gavin has since been to Israel several times.  In 2017 and 2018 he served on a Kibbutz by climbing and pruning 50-60ft palm trees while overlooking the Jordan Valley and the Sea of Galilee.  This vantage point gave him a bird’s eye view of the fulfillment of the prophetic Word as he saw fruitful orchards and vineyards as declared in Amos 9:11.

Gavin is passionate to share the message of God’s faithfulness to His Word and to awaken the Church in Canada to our prophetic calling to Israel.