Introduction: The third Sunday in Advent is often associated with joy and thanksgiving as the readings emphasize what the LORD has done, is doing and will do.

Common Theme: As we continue through the season of Advent we are faced again with the two great Advent themes; anticipation for the Messiah’s Second Coming, and celebration of His First Coming. To fully understand and proclaim the Gospel we need to ‘hold together’ and affirm these two themes.

Hebrew perspective – Messiah is of course a Jewish concept. During the late 2nd Temple Period, that is in the lead up to the New Testament, Jewish tradition alluded to the advent of two redeemers. Messianic prophecies in the Hebrew Bible appeared to early Jewish commentators to promote two types of messianic characters and missions, one a suffering servant and the other a Davidic king. They were known as Messiah ben Joseph and Messiah ben David. Together they embodied the concepts and role of the redeemer we see in our readings. One messiah would bring joy, salvation, good news and healings, another would deliver justice, fight God’s wars and rescue Israel from her enemies and bring peace. We find these attributes revealed together in the person of the one Messiah, King Jesus.

Reading 1 – Isaiah 61:1-4, 8-11: The Prophet Isaiah is prominent in most of our Old Testament liturgical set readings for Advent. In these verses the Prophet speaks of the ‘year of the Lord’s favour (61:2), this corresponds to the ‘day of salvation’ in 49:8 and the ‘year of redemption’ in 63:4. Many will be aware that when Jesus quotes from this text in Luke 4:19-20, He stops before the ‘day of vengeance’ reference. This is probably because the emphasis which Jesus wants to share is on His present preaching, healing and deliverance ministries, and not on future vengeance (judgement), which will not fully take place until His Second Coming. However, this view is rejected by some commentators; see for example A. S. Herbert’s commentary on Isaiah 40-66 (in The Cambridge Bible Commentary Series) who argues that this line of interpretation arises from a modern and non-Biblical narrowing of the concept of vengeance (Judgement), for Jesus like any other rabbi, quoted enough to call the whole passage to the mind of His hearers.

Verse 3 speaks of the ‘crown of beauty’ in most translations of the text, however the Hebrew probably suggests a headdress (turban) as in Ezekiel 24:17 rather than a crown. See also the reference in Isaiah 3:20. Verse 9 speaks of the blessings the LORD Has given through His people and this has links back to the covenant promise given to Abraham in Genesis 12:1-3.

Reading 2 – Psalm 126: The Psalm echoes and affirms the reading from Isaiah. Again there is an emphasis on joy (see verses 2, 3, 5 and 6). In this Psalm the dual effect of the LORD’s redemptive work is shown- namely the outpouring of joy on those who are blessed (in this context those who returned from Babylonian exile) and a renewed honouring of the LORD from among the nations, who are witnesses to these actions. This second effect connects back to the declaration in Psalm 46:10.

Reading 3 – 1 Thessalonians 5:16-24: Here Paul gives his final instructions as his first letter to the Thessalonians draws to a close. Again we see the connecting Advent theme of joy (:16). This joy is not primarily dependent on circumstances, but rests upon what Jesus has done, is doing and will do. Paul is clear that God will complete His redemptive work (:24). This sense of completion and faithfulness in entwined with the hope of the (second) coming of Jesus (:23).

Reading 4 – The phrase in verse 6 ‘there came a man’ (referring to John the Baptist) brings the divine declaration of verses 1-5 into an earthly focus. In one sense we are brought down to earth with an almighty bump! There is something almost scandalous as we hear of the immortal becoming mortal, and the holy becoming part of a community of humanity. Here the great acts of creation and salvation are to be worked out through humanity, through history, through flesh and blood. John the Baptist is in some ways ‘the bridge’ between the Old Testament and the New Testament. He becomes the key prophetic witness to the incarnation and the early public ministry of Jesus, just as a generation later the apostles will become the prime witnesses to the resurrection and ascension of Jesus.

The second section (9:19-28) of our reading from John’s Gospel focuses on the ministry of John the Baptist. The Gospel of John clearly honours the ministry of John the Baptist, but makes it clear that John pointed to the Messiah, but he is not the Messiah (see :20 and :27 which reaffirms the point made in the first section of our reading in :8). It is possible that some followers of John the Baptist believed he was the Messiah and we probably have a glimpse of this false (or ignorant) view among 12 ‘disciples’ in Acts 19:1-4. In this section from John’s Gospel we hear that John the Baptist defines his identity and ministry calling by quoting from Isaiah (Isaiah 40:3). John the Baptist sees his ministry as fulfilling prophecy but only  in a preparatory and subsidiary manner for he is the LORD’S Herald. This reference takes us back into the text of Isaiah and reconnects us back to our first lectionary reading for today. One final point, clearly the Jewish leaders and scholars at this time expected a number of persons to be associated with the coming of the Messiah- hence the question about Elijah (:21) and the prophet (like Moses – see Deuteronomy 18:15 and Deuteronomy 34:10-12 ).These questions are then taken further by some Pharisees (:24) and leads to John the Baptist teaching about the purpose of his baptism ministry (perhaps more helpfully one could describe this as a ministry of ritual immersion drawing upon the well established role of the Mikvah pool in Jewish purity laws).

Hebrew context – John comes to testify concerning the Light! Light and darkness were important symbols in Jewish thought. The Dead Sea community divided the world into two camps, the sons of light and the sons of darkness. Paul also notes this separation in 2 Corinthians 14-17 when he asks rhetorically what fellowship has light with darkness. The prophet Isaiah 9:2 used this image when he declared that the lands living in darkness would see a great light. And the psalms pair light and salvation together in revealing that the ‘Lord is my light and my salvation’ (Psalm 27). John’s use of the metaphor of light to describe the Messiah thus introduces Him as Lord and Saviour. Hence John’s humbleness in admitting he is not worthy to even untie His sandals.

Interestingly John does not identify himself as the forerunner Elijah, who was prophesied to herald the Messiah in Malachi 4:3. Perhaps John was also thinking that the literal Elijah would precede the Messiah. As that is the literal reading of the prophet Malachi. However, Jesus later confirms that John was indeed the Elijah (Matthew 11).

Reading One – Isaiah 65:17-25: These few verses presents a huge picture, a picture which covers the whole spectrum of Scripture from Genesis to Revelation. Throughout Isaiah prophecy there is an emphasis on the ‘new things’ the LORD is doing and will do. This begins back in 42:9 and now this reaches fulfilment with the promise of new heavens and a new earth (verse 17). This promise has direct links to the declaration in Revelation 21:4. Following on from this new creation, there is a focus on the city of Jerusalem and the life of blessing experienced within the city and the whole world. This work of creation ‘reorders’ the world (see verse 25) and this gives reason for gladness and joy in all the people (verse 18) and the LORD ‘Himself’ rejoices (verse 19). In this new creation the city and the people reflect the purpose and design of the LORD. Nothing falls short of the LORD’s plans of blessing; there will be no regrets (Genesis 6:6). The tone here is even more celebratory that the ‘very good’ of Genesis 1:33. The reference to my holy mountain (verse 25) is probably best interpreted as God’s universal kingdom. This probably links to Daniel 2:35 which speak of the rock becoming a huge mountain which fills the whole earth. Again we see the theme of Kingdom holding together all our advent readings. What I suggest is key in this is that when Isaiah (and other prophets ) point towards the new creation that which is being described is never ‘other worldly’ or ‘overtly spiritual’, but rather the prophets see creation itself been restored and renewed to its original purpose. This is the very point Paul makes so eloquently in Romans 8:21. As in many such Bible descriptions of this new creation, our theology and our reasoning fail to respond fully- but rather we respond with praise and awe. 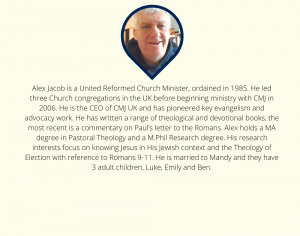