Common Theme(s): The Marian Sunday in Lent may be the most difficult preaching day of the year for some clergy, and one much appreciated by others. The most obvious theme, reflected strongly in 2 Samuel and both Psalms, is the connection between the royal line of David and the family origin of the Messiah. Its preaching significance lies in the demonstration of the Lord’s supernatural Presence and Providence in human history through prophecy fulfilled after 900 years. That active and personal power of the Lord connects directly to Luke’s account of the Annunciation. The alternate Gospel reading, The Magnificat, offers the preacher a more devotional direction, the impact of the Presence of the Lord, on his disciples. An alternate, but less obvious theme would focus on the profound relationship between the Father’s faithfulness, and the willingness to obey.

Hebraic Perspective: The original readers/hearers of these passages were separated by up to 900 years. For the earliest readers, it was an affirmation of Israel’s place of importance to the Lord. Its prophetic role regarding Messiah would not emerge for three hundred years. By the time each of these two psalms are circulating, Messianic consciousness has stepped out of the shadow and beginning to look for a coming Messiah. But their first century hearers and readers were immersed in a culture waiting on pins and needles for a Messianic rescue from their Roman oppressors. The Davidic model of warrior king suited them. But into this generation of Jewish people with pre-determined expectations comes word of Isaiah’s Messiah, revealed in Miriam’s (Mary’s) experience and poetic tribute.

2 Samuel 7:1-7: The core promise given as a prophecy through the court prophet Nathan has anchored Christian apologetics that the genealogies of Jesus trace back to the Davidic promise. David probably only understood it in temporal terms, assuring him of the desire of Jewish fathers that their sons would succeed them. Of preaching interest is his motivation, gratitude, embarrassment, and theological naiveté that prompts David to want to build the Temple because he himself lived in a better residence. There was great depth to David’s faith, so this is a bit surprising. It is also of note, that Nathan gave immediate encouragement that he should proceed with construction, only to be called up short by the Lord in a night watch correction from the Lord. However interesting these secondary issues may be, it is verse 16 that is preeminent in this text. The occupants of the throne of Israel will always be David’s descendants. Only by a Messiah that comes through his lineage, can that prophecy be fulfilled.

Psalm 89:1-4, 19-26: The faithfulness of God to keep his promises, especially that covenant he granted King David that his progeny would always, forever sit on the throne that God himself established. On the one hand, it carries a preaching theme in its first verses to the faithfulness of the Lord, to which his people promise in gratitude to bear witness (“…with my mouth will I make known.” It also carries within it, verses 22-25, the land promises and political hegemony that aroused such Messianic passion in the Jewish population during the generation within which Jesus was born. The Davidic promise, so clearly stated here, unavoidably connects to the promises fulfilled in the message and assignment delivered to Mary. The Ezrahite, credited as the inspired writer, could be part Solomon’s court and thus confirming the words of Nathan, or it could be a disciple of Ezra who is looking to find meaning in the destruction that seemingly brought the Davidic line to a violent end.

Romans 16:25-27: Paul, in this famous doxology references “…the mystery that was kept secret for long ages.” The mystery, is of course, the identity of the promised Davidic heir, now expected as Messiah, and the extraordinarily unexpected way in which Jesus of Nazareth was and is its fulfillment. Paired with the early verses of Psalm 89, and then together connected to the Magnificat, a sermon could be shaped that presented the Gospel for those who have not become disciples. Verse 26 summarizes the gift of salvation offered to the nations that has come to them through the Jewish people and the Jewish Messiah. There is no more concise to describe the Virgin Mary than the concluding words of verse 27, “…the obedience of faith.”

Luke 1:26-38: If there is a text that deals with controversies about the Virgin Mary it is this text. Her intermittent appearances in the gospel accounts, together with this text and the next give a revealing character sketch that leaves the preacher wanting more. This text, combined with following paragraph about her visit to Elizabeth, appear to be the result of an interview Luke did with Mary herself or some other closely related source. For the preacher they create a model of discipleship, obedience undergirded by faith, in the character of the Father. To this writer, Mary is a hero of nearly unmatched spiritual discipline, trusting not only her moral reputation among the wagging tongues of a small, religious village but sustaining that faith through Jesus’ peculiar childhood, the decades of Jesus’ preparation in the trades so often chosen by rabbis, and finally the excruciating moments of his public ministry.  These pale beside the faith required to stand at the foot of the cross with the mingled feelings the agony she had just witnessed and the faith required to believe that the promises given will be fulfilled.

Luke 1:46b-55: Luke places the Magnificat within the account of Mary’s visit to Elizabeth. Unprovable from external accounts, it seems a safe assumption that the Magnificat was given to Luke in an interview with Mary. Did she compose it as guest in Elizabeth and Zechariah’s home, or was it poetry that captured the thoughts if her soul whilst she was there? It probably does not matter, as the portrait of the Lord that emerges, transcends whatever moorings in history. We know nothing of Mary’s upbringing or spiritual training, we have only legends that attempt to explain it. Better we understand her as a young woman of such character that the Holy Spirit of the Lord invests her with faith and vision beyond whatever human logic would cause us to suppose. She knows the importance of her obedience, hence the prophetic line in 48b. Her words are worship born out of faith that has come through extreme obedience. That is the preacher’s opportunity to call his people up to a standard of discipleship that the Mother of God demonstrated as (probably)  a teenage bride and mother.

Hebraic Context: The sentimentality of worldwide Christmas celebrations is heavily influenced by a European rendering of the nativity. Of necessity that sentimentality overshadows Mary’s real identity. In addition, layers of Roman theology have turned a great Jewish woman disciple of the Savior into a blue and white Gentile Queen of Heaven. If we peel back these layers, we find a far more heroic Miriam. (For a good background understanding the preacher can research the topic of Ketubah, or Jewish marriage contracts.) This account is anchored in the lives of two Jewish people. The husband is an older builder who may also be a rabbi. It was normal for teachers of scripture to earn their own livings in a trade. He had agreed a marriage contract with the family of his bride, a contract arranged before their separate supernatural encounter with the Lord. Each of them were required to trust the Lord to act in a way that would be not be believed by even the people closest to them. The best they could hope for is the suspicion that Joseph got Mary pregnant before they were married and simply ‘did the right thing.’

Psalm 132: 1-19 is among a collection, The Psalms of Ascent, used by pilgrims in Israel on the thrice yearly visit to Jerusalem for the major feasts outlined in Leviticus 23. For the purpose of preaching this text in the context of Advent 4, the theme applicable is the same as Psalm 89 above. It confirms the covenant conversation between David and the Lord regarding the lineage of his family, that it would be preserved forever, a condition that Christians believe can only be realized in the lives of people who trust in Jesus. The Psalm may well date from the reign of Solomon, thereby giving an understandable endorsement to the promise of Davidic succession. 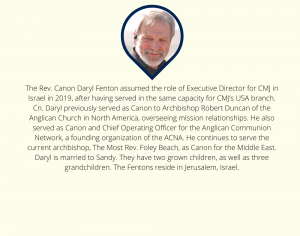